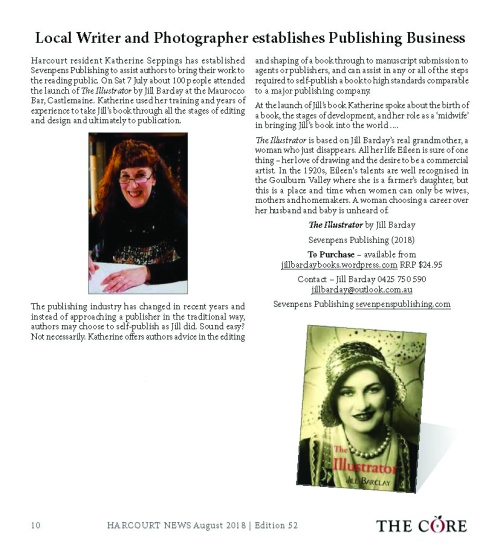 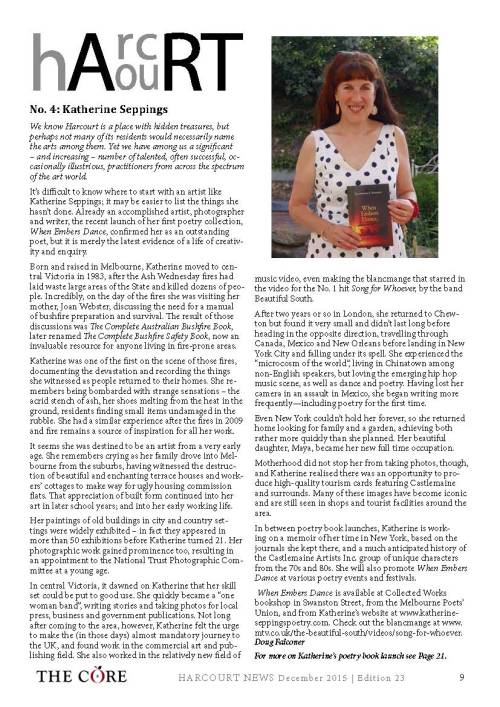 (Correction – I ‘began writing (poetry) more frequently’ long before travelling in Mexico. I began reading my poetry publicly in 1992, in Canada and Mexico, but I had been writing poems since I was a child.) 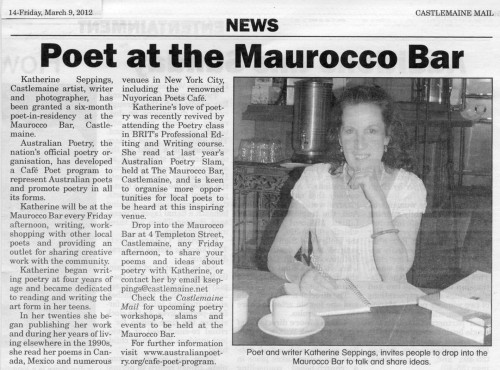 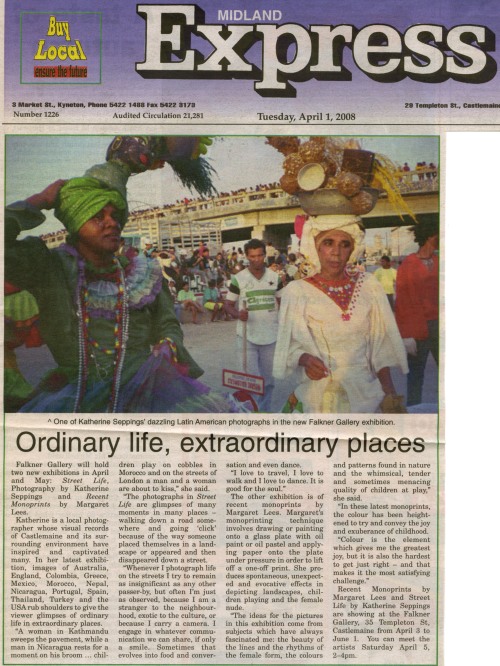 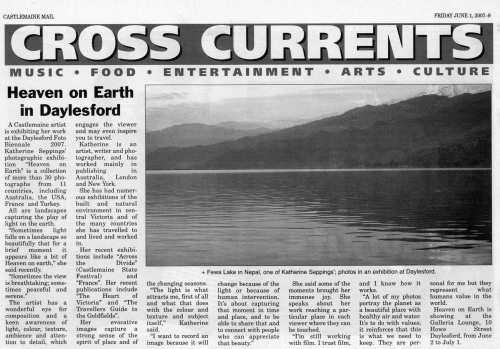 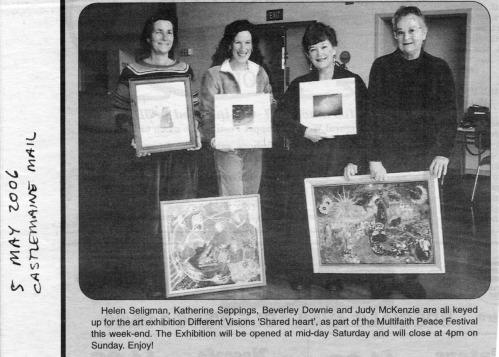 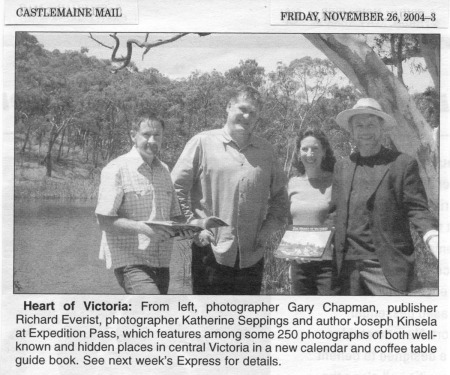 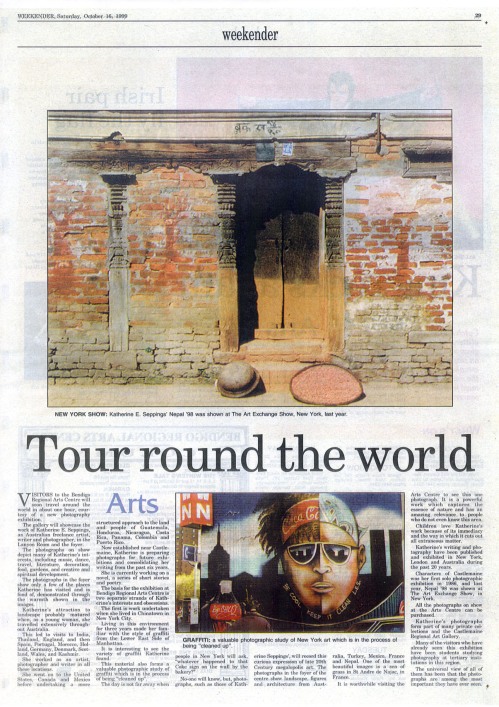 ‘… also met Katherine Seppings. Here outside Butlers. Katherine’s a world traveler, writes from the heart beautifully and takes great photos as well. Is well connected to the creative parts of the globe.’   Ira Bravin

‘… we are privileged once more to see Katherine Seppings, one of Australia’s most respected photographers, writers and we like her more and more …’       Ira Bravin 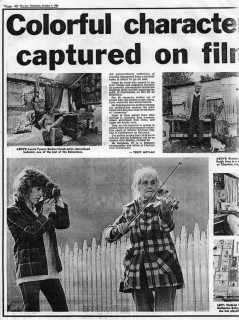 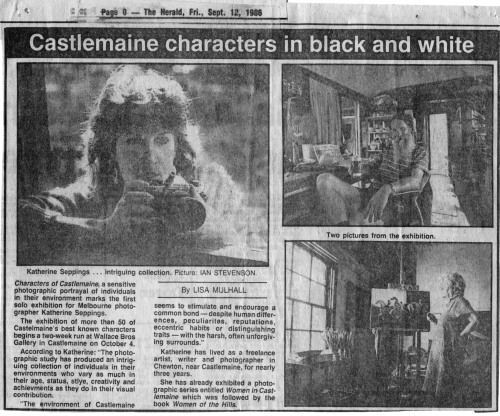 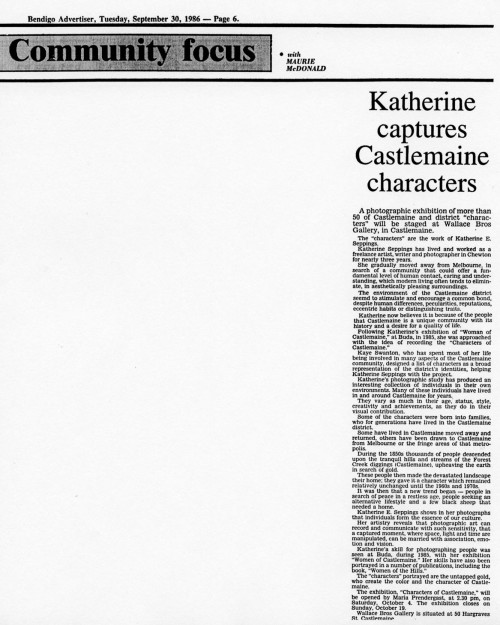